Grace (aka Heaven), Marvin Bell, The Book of the Dead

Growing up in my native land, November 2 and 3 are marked with going to church and praying for the dead.   This is the time cemeteries are filled with people, flowers, chairs and tents.   Despite the solemn occasion, there is a festive air as family members gather bringing candles and food.   On the downside,  you can imagine the horrible traffic, trash and the noise during the weekend.

I sometimes wonder what the dead have to say?

Marvin Bell is an American poet who in 1994, published what some reviewers regard as his most radical work, The Book of the Dead Man.   This initially consists of a sequence of thirty-three poems on various facets of life, narrated by the anonymous title character. 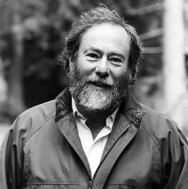 Stan Sanvel Rubin wrote in Prairie Schooner that Bell has fashioned in this work “a dazzling linguistic Chinese box, at once alluring and elusive, which shows up for once and for all (maybe) the emptiness of ‘Language Poetry’ and, in fact, much recent experimental and postmodern writing.”Bruce Murphy averred in Poetry that “Bell is really out there—trying to invent a new kind of poetry, something like an epic with only one character.”

The Book of the Dead Man (Your Hands)

1. About the Dead Man and Your Hands

Mornings, he keeps out the world awhile, the dead man.
The dead man, without looking, believes what you said of the garden.
He knows the color of a rose is the color of a rose is the color.
He sees the early sky lit by a burn toward which we sidle.
He will take care of you, the dead man will do that.
He will wait for your hair to grow back.
He thinks the things you touched are lucky to be yours.
The dead man knows where to be and where not to be, how he survives.
He is aware, at all times, of your place, your dog, your rug, your roof, your chairs and tables.
Here is his own table, from the basement of the “as is” shop.
The dead man is of this old table, he is of his front and back doors, he is of the tea on the burner
and the burner, too, he is.
It cannot stop the dead man, that others have caught on.
The dead man at his worst still looks his best.
2. More About the Dead Man and Your Hands

Nights, he lets in the world, the dead man does it, always.
By any late night, he has lost the need to believe.
The dead man plays a nighttime piano, he blows a nighttime horn, he sings more after midnight.
Dead man’s music is nighttime, call it earthly, call it planetary.
The dead man feels the high registers heard by animal ears.
He feels the rumbly pedal note struck by redwoods enlarging and tectonic plates lurching.
What is it about his hands and your hands, is it the absence of certainty?
He has stirred distinctions into a broth, a soup, a stew, a gravy.
You cannot find yes and no, true or false, in a dead man’s soup.
So what if they have caught on, the dead man is out front and stays up later.
Hence, when the dead man maketh eyes, he’s gotcha.
He’ll care for you, now that he’s gotcha, and he hath giveth his hand.
He can’t talk about the children if you are going to cry.

In Ardor: The Book of the Dead Man, Volume Two, Bell continues in an similar mode, darkly rendering what a Publishers Weekly contributor described as “the thin line that separates the real from the unreal, the illuminated from the dim, the living from the dead.” You can read more about Marvin Bell and his work here. The series is a fascinating read.

For this poetics, we are are going to write from the perspective of the dead man (or woman). Here is one quote to get us going:

Live as if you were already dead. – Zen admonition

If you’re here for the first time, this is how it works…
• Post your poem to your blog
• Add a link to your poem via the ‘Mr Linky’ below
• Read and comment on other people’s work to let them know it’s being read
• Share via your favorite social media platforms
• Above all, have fun!!

I look forward to reading your words ~ Grace

73 thoughts on “Poetics: The Book of Dead Man”