Hello Everyone. This is Gay Cannon and today I’m pleased to present Gemma Wiseman who is instructing us in the Huitain Form. It’s an attractive form and I’m happy to introduce her article to you:

There are those who claim that the huitain is French in origin, and others who are adamant it has Spanish origins. Either way, it was popular in the 15th and early 16th centuries and was often used for epigrams in the 18th century.  The form evolves around the number eight.

In France, the huitain was closely associated with the ballade which comprised three eight line stanzas, with the last line being a refrain. The ballade was set to music during the 13th-15th centuries.  But the huitain dismissed the refrain element and the music.

French poets who practised the huitain included François Villon in his Lais (Legacy – 40stanzas) 1456  and Testament 1461. Both these poems are pseudo wills from a poet whose life was marked by crime and debauchery. (His biography makes fascinating reading! See HERE!)  Clément Marot also became famous for his huitains. 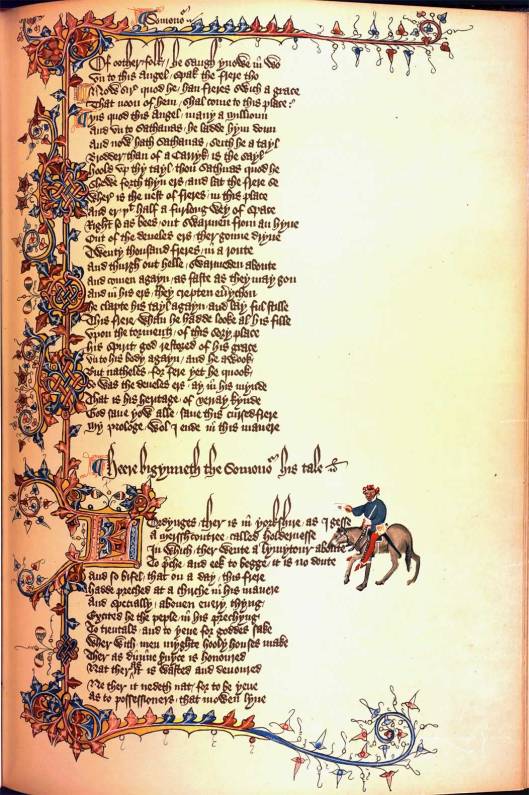 History suggests that Geoffrey Chaucer’s Canterbury Tales (1386-1400) introduced the ballade form to English pens. He used it in his Monk’s Tale. Chaucer created the first known English huitain and his particular version became known as the Monk’s Tale Stanza.

Here is an excerpt from The Monk’s Tale:

LUCIFER
With Lucifer, though he was angel fair
And not a man, with him will I begin;
For though Fortune may not an angel dare,
From high degree yet fell he for his sin
Down into Hell, and he lies yet therein.
O Lucifer, brightest of angels all,
Now art thou Satan, and thou may’st not win
From misery wherein thou far did’st fall!

ADAM
Lo, Adam, in the garden Damascene,
By God Almighty’s finger wrought was he,
And not begotten of man’s sperm unclean;
He ruled all Paradise, except one tree.
Had never earthly man so high degree
As Adam, till he, for misgovernance,
Was driven from his high prosperity
To labour, and to Hell, and to mischance.

Some poets extended the single stanza into several stanzas with eight lines and eight syllables. Then evolved the concept of collaborative poetry, where different poets contributed 8 line stanzas.

But some writers appeared to rebel . One was 15th century Scottish poet William Dunbar, like a Poet Laureate to the court of James IV of Scotland. He wrote 8 stanzas with the last line repeating at the end of each stanza. Here is one:

Above all rivers thy river hath renowne,
Whose beryl streames, pleasant and preclare,
Under thy lusty walles runneth down;
Where many a swanne doth swimme with winges fair,
Where many a barge doth sail, and row with oar,
Where many a ship doth rest with top-royal.
O town of townes, patron and not compare,
London, thou art the flower of Cities all.

(Strange how this poem from a “high level” Scottish poet praises England’s capital at a time when English-Scottish relationships were not yet connected as British! He was also a satirist! Hmmmm…)

The original huitain is a single verse, eight line poem with eight syllables per line. The rhyme scheme is:

When it was recycled in English, the same rhyme scheme was retained but 10 or 8 syllables were used per line. There was no alternation between the syllable count. The huitain was all 10 or all 8 syllables.

The subject of the huitain seems to be a little elusive. Most huitains seem to focus on a single subject, exploring its perspectives with a tendency to elevate it in some way.

Here is a modern huitain:

Gloria In Humiliatas by Kevin McKinney

Who drew this neon star so well
Defined and in such brilliant hues;
Vibrating clear as morning’s bell
Announcing procreation’s news?
Unlike the chime whose peal we lose,
This badge preserved in acetate
Will yet adorn long as we choose
To make its season hesitate.

Strange how we pull back the throttle
Portraying life in one flower’s
Moment captured in a bottle;
As we try with all our powers
To keep it beyond its hours;
A proper sign of reverence
That we tend these ageless bowers
In tribute to impermanence.

My own huitain, A Monk’s Tale, I penned a short time ago. It reflects on a monk’s place in the 21st century.

Link to next event https://meet.google.com/uim-ovtf-jjw?authuser=0&hs=122
Join 12,152 other subscribers