A collage is an artistic technique, whereby a piece of artwork is assembled from fragments of art from numerous sources, creating a new whole.

While its origins may be traced back hundreds of years, modern collage is said to have begun with Georges Braque and Pablo Picasso, who led the Cubist school of painting. Braque is said to have applied the technique first to his charcoal drawings, applying cut swatches of textured wallpaper to his drawings; almost simultaneously, Picasso began pasting materials to his oil paintings.

Both Braque and Picasso used the term collage – stemming from the French word ‘coller’, or ‘to glue’ – in discussing this new, modernist technique.

Their example led to an explosion of works using this new technique, and today it has become a highly-developed form, rather than a novelty.

Collages now utilize a plethora of sources – newspapers, photographs, handmade papers, cloth, ribbons. Sometimes artists rip up their own canvases and glue them back together in new ways, creating a new whole.

In terms of artistic meaning, collage is a unique medium for commentary on the sources that it assembles. Juxtaposing disparate images or sources produce emotional content that serve to either underscore the original meaning, or provide ironic subtext.

In poetry, there is an equivalent structure to that of collage for the visual arts, known as the cento.

The cento – derived from the Latin for ‘patchwork’ – is a poetic form composed of passages taken from one or more other authors, but arranged in a new structure or order. Essentially, the cento is a collage of lines from poems by other poets, rearranged to form a new whole.

Poets ordinarily will borrow lines from other poets, using them as epigraphs or homage quotations. However, a true cento is composed entirely of lines emanating from other sources.

Alternatively, the sources may come from one author – the poems of a single poet, the stories of a single writer, the daily entries of a diarist.

In my case, I have fashioned a homage to a young girl, in my “Cento from the Diary of Anne Frank”. 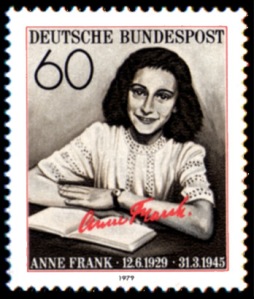 Homer and Virgil have written classical centos, and some critics argue that Dante Alighieri’s entire Divine Comedy cycle is a cento, being a repository of numerous classical allusions.

The cento should take care to provide its sources, if they are not obvious or in the public domain – either in the title of the cento, or in footnotes. Additionally, one should be mindful of fair-use; one should do some research, but in general – and I’m not a lawyer, but have done some research – this depends on

– Purpose and character of the use – Is the use “transformative”, such as a parody, or for that matter, an assemblage?
– Substantiality of the portion used compared to the work as a whole – Does one use only a small proportion of a work (one line from a sestina is much less substantial than from a haiku)?
– Market effects – Does the new work displace the original in the marketplace?

In general, centos using short lines from numerous sources are not problematic. In the cento above, I’ve used my own adaptations of Frank’s lines rather than using available translations from the original, but have preserved the tenor of the young girl’s voice.

Finally, we should note that it isn’t enough to simply create an assemblage. The cento should stand on its own. T.S. Eliot has been quoted in this context to great effect: “Immature poets imitate; mature poets steal; bad poets deface what they take, and good poets make it into something better, or at least something different.”

Tonight, let’s see what we can do in terms of something different – I’d love to see what people can do with the form of the cento.

As usual, share your work via the link button below, and please, visit your fellow writers to see what they’ve come up with. I know I’m looking forward to it!

Samuel Peralta – on Twitter as @Semaphore – is the author of four titles in The Semaphore Collection – Sonata Vampirica, Sonnets from the Labrador, How More Beautiful You Are, and Tango Desolado – all of which hit #1 on the Amazon Kindle List of Hot New Releases in Poetry on their debut. His next book in the series, due in October, is War and Ablution.

93 thoughts on “Form for All: Collage and the Art of the Cento”

Link to next event https://meet.google.com/uim-ovtf-jjw?authuser=0&hs=122
Join 12,151 other followers