When you can’t decide between two somewhat disparate subjects for a poetry prompt why not go with both of them…especially if one of them is disparate by nature? Let me explain, starting with steampunk. 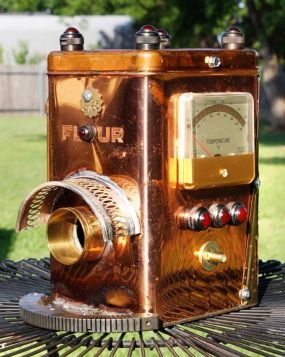 I have to be open with you: I missed a good chunk of popular culture in the 60’s and 70’s when I was pursuing other-worldly adventures, so, the term steampunk appeared in my reading for the first time ever this week, in a do-it-yourself article about building birdhouses. Yes, birdhouses—funky birdhouses created from an assortment of found objects. I’m a huge fan of birds and I love to do collage, so my eyes were drawn to the subject.

The author describes steampunk as a “hot, yet slightly under-the-radar trend in design.” (Daisy Siskin, writing for “Birds and Blooms” magazine.) Siskin goes on to describe how steampunk artists employ two apparently incompatible concepts such as Victorian England and the Wild West or brass, copper and 19th Century Architecture. Form and function!

One of the sites I discovered is the work of Roz Kaveney on her science fiction/fantasy blog, tor.com. She offers a collection of sonnets that are great examples of steampunk , combining sonnets, a form I tend to associate with the 16th century, with sci-fi. To read her work, follow this link: http://www.tor.com/blogs/2011/04/seven-steampunk-sonnets

As part one of today’s prompt, you’re invited to take two contrasting, even incongruent topics and merge them in a poem. Don’t feel confined to eras. Any disparate subject will do.

On to part two.

A wonderful word derived from the French word enjambement, meaning astride or straddling. In the world of poetry, enjambment refers to the practice of breaking up a syntactic unit, such as a phrase or sentence, at the end of a line or even between two verses.

A common device used in poetry, poets emply enjambment to put more emphasis on a word or thought by drawing the reader’s attention to the meaning. It’s also an effective way to hurl us through a poem, to help the poet adhere to a rhyme or rhythm scheme, to create a sense of urgency or discomfort, or to force “flow-of-thought.” Among poets who have used enjambment you can list both Shakespeare and e.e. cummings. I’ve noticed it as well in poets I’m currently reading—Mary Oliver and Jane Kenyon—as well as in many of the poets I visit through our poetry communities.

Here’s a brief excerpt from a poem by Jane Kenyon entitled “At the Feeder.” 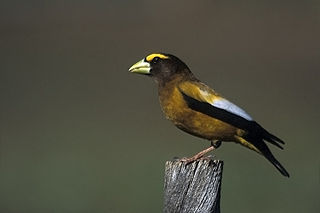 And the Evening Grosbeaks–

those large and prosperous

with the latest equipment, bright

yellow goggles on their faces.

Marvin Bell, an American Poet born in 1937, was the first Poet Laureate of the United States and of Iowa. He taught at the Iowa Writers’ Workshop for 40 years and published numerous books of poetry. Bell devised and taught a form called Dead Man Poetry that explicitly calls for the use of enjambment. Dead Man Poetry is comprised of two titled stanzas. The first is “About the Dead Man” and the second is “More About the Dead Man.” I find it a creative, fun form that tickles the imagination. Other poets have told me it was not their thing.

So, for part two of today’s challenge, let’s play with enjambment…dead man or otherwise. If you prefer, don’t feel you have to work with both parts of the prompt. Or, if you dare, try a steampunk dead man poem. The idea is—write something and join us at the pub.

I’ll share a Dead Man Poem I wrote a while back:

About the Dead Man and Books

“What haunts me,” said the dead man
to his wife whose ashes mingled with
his own, “are books I’ve never read—
the ones that puzzle. Think of War and
Peace. Names unfamiliar and trouble-
some to pronounce. And then the books
I never finished. Did you ever notice,
my dear? Generations of the same (or almost
so) names in One Hundred Years of
Solitude. And don’t forget the year
we pledged to read a book-a-week.
Recall how our resolve dissolved
before January expired? Do you suppose, my
sweet, we’ll have another chance when
we come back? Or might we be illiterate.”

More about the Dead Man and Books

“What haunts me more,” the dead man said
for no one else to hear, “are books I never
wrote—ideas fanned to life by life,
allowed to fade ere pen was put to page.
The words of wisdom and of praise
or prayer, sheets of blank paper yellowing
untouched, waiting to fulfill a mission
left undone. And then as rigor silenced
my old hands, as flames engulfed
my thoughts, I lie in waiting for whatever
lies beyond. Do you suppose, my Self,
I’ll have another chance when I come back?
Or might I be illiterate?

• Write your poem and post it on your blog or website.
• Access Mr. Linky at the bottom of this post and do what he tells you: share your name and the direct URL to your poem in the spaces provided.
• Drop by the pub to read other poets and make your fellow participants happy by adding a comment on their blog.

This is Victoria Slotto, as always, honored to be a part of this fun, uber-creative community. I will be away from my computer for much of the day, but will get to you all as soon as possible!

57 thoughts on “Steampunk and Enjambment–Huh? dVerse Meeting the Bar”

Link to next event https://meet.google.com/uim-ovtf-jjw?authuser=0&hs=122
Join 12,174 other subscribers