A while back, Gay Cannon, who you will recognize as “Beachanny,” invited the dVerse community to create their own form. I suspect that, for many, this felt a bit intimidating. If you didn’t post to the prompt for Meeting the Bar, perhaps you missed out on some of the brilliant creations.

I thought, for this week’s MTB, it would be fun to focus in on one of these form—the Tilus, created by Kelvin S-M. As a form of micro poetry, it challenges our ability to express ourselves with both clarity and brevity—both characteristics of superior writing. Here is Kelvin’s explanation of his form as well as his sample.

Tilus [tee-loo-hz] is a form created by Kelvin S.M. and falls under the category of micro poetry. The form is divided into two parts: the first part is composed of two lines following a 6-3 syllable count; the second part, a one-syllable word to close and/or complete the subject layered in the first part. The whole piece must, only, contain 10 in overall syllable count. The main focus of Tilus is on the world of Nature, and how it can open a new door to a wider understanding of life and beyond. The form aims to be epic in emotions expressed, more importantly, than to be epic in words.

The notion behind the name ‘Tilus’ was actually derived from the reversed spell of my mother’s maiden name, my middle name—‘Sulit’ which is used in Philippines as an expression to mean something precise, practical, worthy, etc. There is a lot of usage depending on the current scenario. I have never given much attention to its meaning until recently when I decided to use it as name for my invented form. I even figured out lately upon research that in some countries the term ‘Tilus’ means ‘a piece of land’.
It’s almost like a year of conceptualizing this form until I finally completed the final concept and launched it last Oct. 2013. To date, I have written several sets of Tilus poem & 5 have been published in this blog. The rest are saved for good & eventually will find their time for public read.

I.
Life—let me fall in you
clean as a 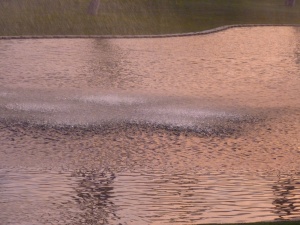 Thank you, Kelvin, for allowing us to share this creative form. I look forward to working with it myself and, especially, to reading what other members of the dVerse community accomplish.

If you are new to dVerse, here’s the process:

• Write your poem and post it on your blog or website.
• Access Mr. Linky at the bottom of the post and provide your name and the direct URL to your poem.
• Take some time to visit and comment upon other poets who’ve taken part in this prompt. Enjoy each other. We’re a community!
• Put the word out on the social media you frequent. Let’s bring in some new readers and writers of poetry!

For dVerse Poet’s Pub, this is Victoria, returning after a brief hiatus in which I completed not a single goal I set out to accomplish. And that’s life with its own unpredictable agenda!

81 thoughts on “Tilus: Meeting the Bar”