My brothers and I grew up in a small French town in Northern France – a tiny place by American or Chinese standards. But, once in a while, our parents would take us to Paris and we would go to the Eiffel Tower, visit a museum or an exhibition. When English pen friends would visit we would take them there too. It was close enough for a day trip but far and exotic enough to have the feel of an adventure. 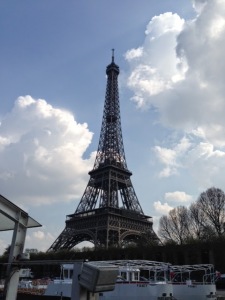 Paris meant monuments, historical buildings, the Seine and the bateaux mouches, busy Parisians, traffic and noises, lots of them.

A few years later, spending three days in London was a thrill. This time it was the subway, the black cabs, the lights of Piccadilly Circus, the great parks, and once again, the historical buildings that mesmerized me.

London has now added fascinating skyscrapers to its beautiful skyline. And, of course, Chicago, London and New York City are world-famous for their particularly compelling skylines. 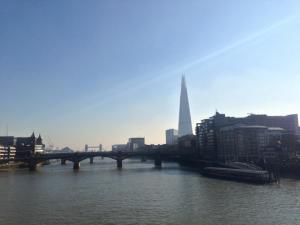 Poets and writers have found inspiration in cities for centuries. In The Ruin, an anonymous 8th century elegy, the poet evokes the former glory of a ruined city.

Wondrous is this wall-stone, broken by fate,
the city burst apart, the giant-work crumbled.
Roofs are ruined, towers ruined,
rafters ripped away, hoarfrost on lime,
gaps in the storm-shelter, sheared and cut away
under-eaten by age. (read more)

Some poets, like Robert Browning in Up at a Villa – Down in the City, praise the pleasures of urban living.

Had I but plenty of money, money enough and to spare,
The house for me, no doubt, were a house in the city-square;
Ah, such a life, such a life, as one leads at the window there! (read more)

Similarly Whitman finds inspiration in New York City and in Leaves of Grass he writes poems that celebrate the urban bustle he loves.

On the other hand, William Blake and numerous poets in his wake write about the disturbing aspects of city life after the Industrial Revolution.

I wandered through each chartered street,
Near where the chartered Thames does flow,
A mark in every face I meet,
Marks of weakness, marks of woe.

In every cry of every man,
In every infant’s cry of fear,
In every voice, in every ban,
The mind-forged manacles I hear:

How the chimney-sweeper’s cry
Every blackening church appalls,
And the hapless soldier’s sigh
Runs in blood down palace-walls.

But most, through midnight streets I hear
How the youthful harlot’s curse
Blasts the new-born infant’s tear,
And blights with plagues the marriage-hearse.

City life is a topic which also appeals to more recent poets. Although he is aware of his city’s vices and brutality, Sandburg ends up writing a vibrant hymn to Chicago.

In India, contemporary Nissim Ezekiel tackles the love-hate relationship he has with his birth city in his Bombay Poems, and sees it as the symbol of the growing dehumanization of the City. 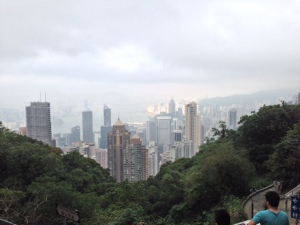 Whether we love them or hate them, cities are an integral part of modern life and, as such, they constitute an inevitable subject matter for poetry. Something which is often reflected in the slam poetry of our metropoles worldwide.

Thus this week I invite you to write your own urban poem. Celebrate the historical wealth of the city, its energy, exoticism or diversity. Mourn the loss of social life or connexion with nature. Share your own personal city square. Whatever you write, make it your own.

What to do after you have written:

• Add a link to your poem via the ‘Mr Linky’ below

46 thoughts on “City Songs for Poetics”