A clown is like an aspirin, only he works twice as fast.
–Groucho Marx.

Hello dVerse Poets! Today is my first official time behind the bar, serving up tasty drinks and hopefully an appetizing prompt for you to juggle with.

I’m not sure how clowns came to mind, but it didn’t take long to see that clowns aren’t just another funny face. The most ancient clowns served a socio-religious and psychological role. Traditionally the roles of priest and clown have been held by the same persons. A society in which such clowns have an important position are termed clown societies, and a clown character involved in a religious or ritual capacity is known as a ritual clown.

In Native American mythology, the Trickster channels the spirit of the Coyote and becomes a sacred Clown character. A Heyoka is an individual in Native cultures who lives outside the constraints of normal cultural roles. Many native tribes have a history of clowning. 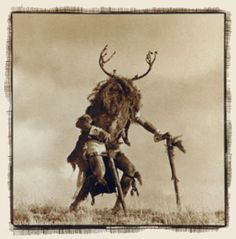 Clowning is often considered an important part of training as a physical performance discipline, partly because tricky subject matter can be dealt with, but also because it requires a high level of risk and play in the performer.

The clown character first developed out of ancient Greek and Roman theater. The English word clown was first recorded c. 1560 (as clowne, cloyne) in the generic meaning rustic, boor, peasant. 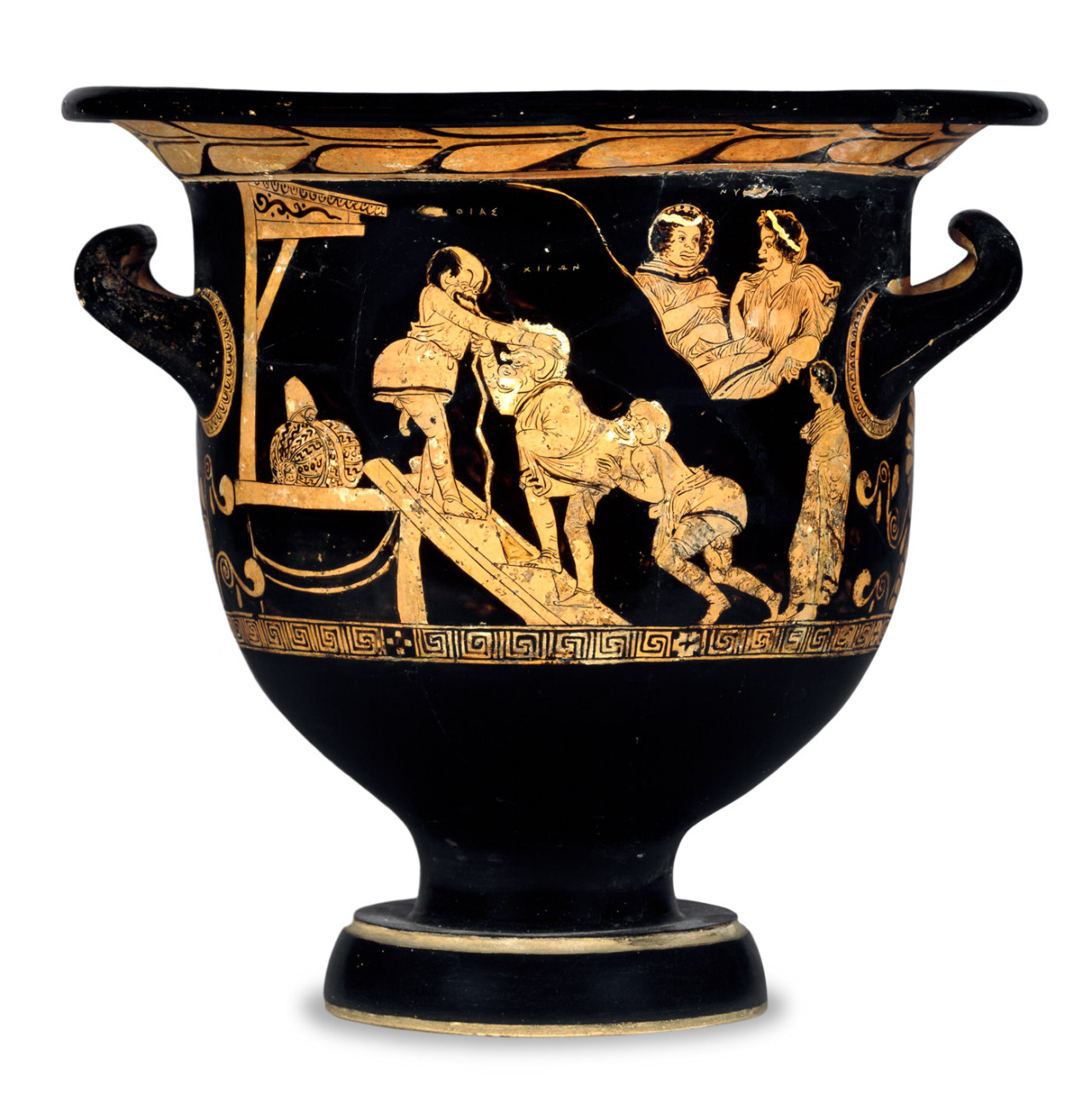 The now-classical features of the clown character were developed in the early 1800s by Joseph Grimaldi, who built the character up into the central figure of the harlequinade. Clown was a buffoon or bumpkin fool who resembled less a jester than a comical idiot. He was a lower class character dressed in tattered servants’ garb. The comedy that clowns perform is usually in the role of a fool whose everyday actions and tasks become extraordinary—and for whom the ridiculous, for a short while, becomes ordinary.

In the early 20th century, the rustic simpleton or village idiot character of everyday experience disappeared, replaced by North American circus characters such as the tramp or hobo. Bozo arose in the 1950’s; Ronald McDonald in the 1960’s. Based on the Bozo template, the US custom of birthday clown and private contractors who offer to perform as clowns at children’s parties, developed in the 1960s to 1970s. The 1980s gave rise to the evil clown character.

The attraction of clowns is thought to be based in their fundamentally threatening or frightening nature. The fear of clowns, particularly circus clowns, has become known by the term coulrophobia.

Clowns or clown figures of modern times vary. Who doesn’t know about the clown looking out from the sewer grate in Stephen King’s, “It”? What about the musical group, Insane Clown Posse, whose fans, known as Juggalos, are considered gang members by the Feds? Last year’s blockbuster film, “Joker,” shows a clown as a complex character that can be empathized with as well as feared. 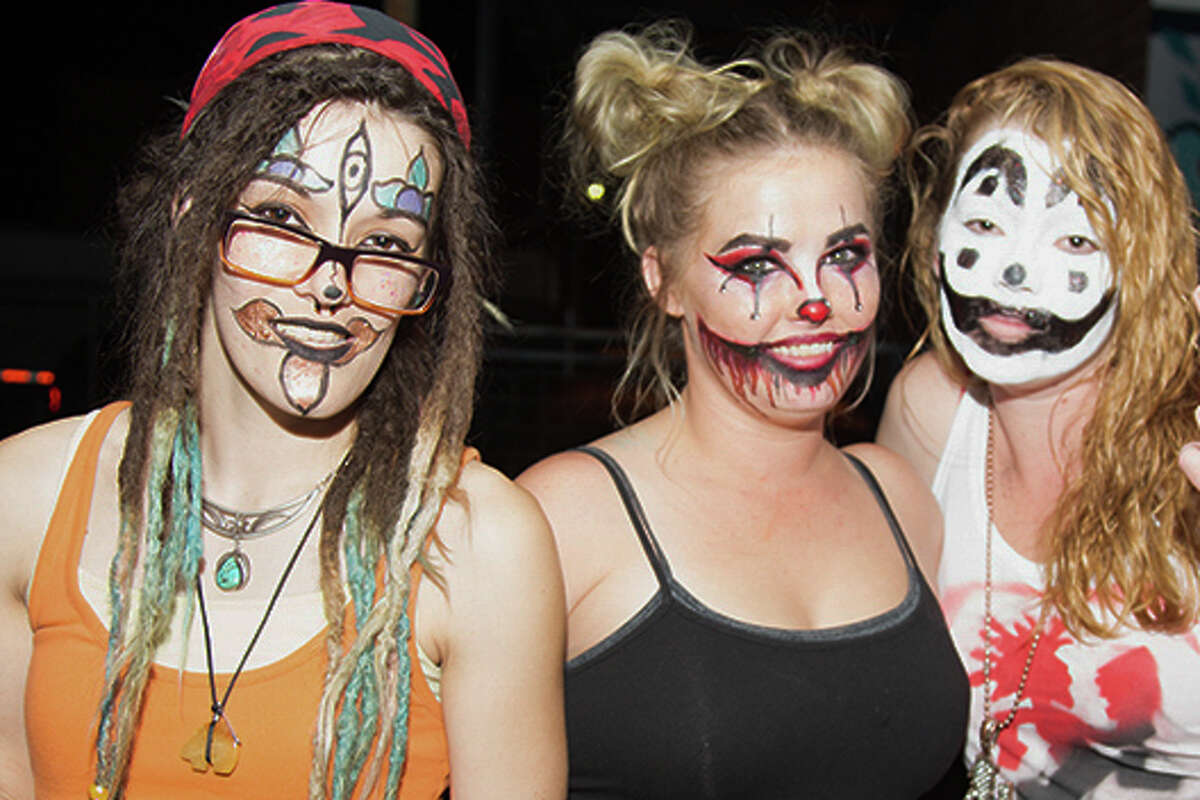 Finding good examples of clown poems wasn’t difficult, but it wasn’t easy either. Here is an existential one that looks at the origins of clowns and their place in the scheme of things:

The Clown by Sandra McPherson, February 1979
There, between yellow fingernails,
was the first skull becoming human.
And the angels, who could use gold
paint, were also pedigreed in their time.
Whatever the order of beings, the clown
was roped off from our gods and our families.

Barren, a visitor of removable brains,
there under his blindingly pale face
(geisha layers – and yet nothing
is womanly about this Bubba)
shines a self to match, a blue and burning
spotlight determined to reach our gods

and our families. Sixty children are holding
their breath. He is as excited as fleas.
He falls with a bounce, a fish in his pocket
clangs, and he’s somehow still dapper, the skinning
absorbed by gloves, and the laughter
directed at every henspeckle part of him.

The next one shows the gritty charm of a street clown:

The Magic Trick by Nicholas Friedman, November 2012
Half clown, half Keebler elf, he works a throng
of meth heads and young mothers who peruse
the storefronts, tugging surly kids along.
The pant legs bunch around his wing-tipped shoes.

When a couple walks up to his TV tray,
he hands them each a tattered business card.
Who wants to see a magic trick today?
He grins and cuts a deck: His hands are scarred,

but seldom shake. The two confer, agree,
and fidget as the magician fans an arc
of cherubs laced with flips of filigree.
The man inspects them for a crease or mark,

but they look clean. I’ve watched him do this trick
for weeks now, each time to polite surprise:
He hams it up; he lays the charm on thick.
(As always, haughty jacks materialize.)

The woman smiles and nods in mild content.
Another trick: He pulls a wrinkled bill
from his lapel and folds the president,
explaining how a wise investment will

turn one buck into ten—et cetera.
He taps twice on the bill, a modest “one,”
unfolds it square by square, and then voila!—
the bust of Alexander Hamilton.

They clap as the magician takes a bow.
He’s greasy, but he’s on the up-and-up,
and magic tricks are good enough for now.
The woman floats a dollar to his cup.

I truly adore the character study of the next one, which captures the essence of a clown so well. Every line is a delight. Sylvia is addressing her as-yet-unborn first child.

You’re, by Sylvia Plath (1960)
Clownlike, happiest on your hands,
Feet to the stars, and moon-skulled,
Gilled like a fish. A common-sense
Thumbs-down on the dodo’s mode.
Wrapped up in yourself like a spool,
Trawling your dark as owls do.
Mute as a turnip from the Fourth
Of July to All Fools’ Day,
O high-riser, my little loaf.

Vague as fog and looked for like mail.
Farther off than Australia.
Bent-backed Atlas, our traveled prawn.
Snug as a bud and at home
Like a sprat in a pickle jug.
A creel of eels, all ripples.
Jumpy as a Mexican bean.
Right, like a well-done sum.
A clean slate, with your own face on.

“Send in the Clowns” is written by Stephen Sondheim.

Information on clowns was gleaned from wikipedia.

Your mission, should you choose to accept it, is to take one of these two paths:
1) Write a poem using the word clown or a word – real or created – with clown as the root. OR
2) Choose a line from one of these three poems and create a poem of your own with it. Please be sure to include which poem you chose and attribution for it in your post.

If you are new to dVerse poets pub, here’s how to join in:
*Write a poem (in any form) in response to the challenge.
*Enter a link directly to your poem and your name by clicking Mr Linky below and remember to check the little box to accept the use/privacy policy.
*You will find links to other poets and more will join, so check back later to read their poems.
*Read and comment on other poets’ work–we all come here to have our poems read.
*Please link back to dVerse from your site/blog.

86 thoughts on “dVerse Poetics — Clowning Around”