Sanaa here (aka adashofsunny) to stir your muses. It’s the kind of day when even a feather will fall without drifting one way or the other—the grass silent – as the mind is led toward things out of the ordinary.

Before we go any further, please mark your calendars for Thursday, August 19, Bjorn will be hosting Open Link LIVE at 3PM EST, where we gather every once a month for an hour of poetry reading and camaraderie. We look forward to welcoming you and hope you will have fun.

Korean Literature is usually divided chronologically into Classical and Modern period. The former developed against the backdrop of traditional folk beliefs, whereas Modern Literature came out of its contact with Western culture.

That being said, we cannot overlook the fact that the literary activity of the dominant class was conducted in Chinese. While Chinese-centered ideas and values are contained in literature – a feature shared by most of East Asia during this period – they also contain experiences and thought patterns that express the unique way of life of the Korean people.

The Korean script (Han-gul) assumed its place of leading importance in Korean literature only during the latter half of the 19th century. After the Enlightenment period, the use of Chinese letters swiftly declined and the popularity of Korean letters greatly increased.

On Thursday April, 25 here at dVerse Samuel Peralta introduced the Sijo form, to us in 2013 which quickly became popular and was well received by all. And though, I wasn’t around at the time, I was on the other end of the world making weather reports and coordinating with pilots before touchdown, smiles, the prompt, glorious in its conception, encouraged me to introduce yet another Korean form. Here is a link to the prompt:

Form for All: From Out of Asia

Today, we will delve deep into the Korean verse “Kasa.” It was popular among Yangban women and commonly sung during the Joseon Dynasty in Korea.

The Kasa tends to be much longer than other forms of Korean poetry and is usually written in balanced couplets.

This non-poetic structure has led some critics to consider it a form of essay and not poetry. The themes were mixed, including traditional themes like nature, gentlemanly virtues, and romantic love. It also included moral and specific themes including sadness and weariness.

Here is an excerpt from a Gasa by Jon Geuk-in, a poet of the early Joseon Dynasty:

There is between heaven and earth
many a man who’s worth as I.

Why don’t they know the great Joy
of living in the wooded mountains?

With a grass hut of a few bays
built to face a clear blue stream,

In the lush wood of pine and bamboo
I am the master of wind and moon.

Korean folklore reflects patterns of beliefs, thoughts and values that have guided people over the span of decades. From nature to ghosts, from spirits to goblins, to human relationships to existing world and the Hereafter, we find that man does not compete with nature; rather he must learn its ways and how to harmonize with them.

In truth this world, though most significant, isn’t the only one that affects mankind, a world prior to this one is postulated where man, in one form or another existed, hence many of the encounters in his current life are believed to be predestined or arranged. That being said, there are several examples to support as well as to sweep one off their feet.

The “Dokkaebi,” translated into goblin is quite different from its Western counterparts. The drama follows Kim Shin, a well respected Goryeo dynasty general who was accused of treason and subsequently executed.  To atone for the number of people he has killed on the battlefield, the almighty cursed him with immortality; so that he experiences the pain of witnessing his loved ones leave his side time and time again. The only way to undo the curse is to find his destined wife and have her remove the sword that still resides in his chest.

Legend of the Blue Sea 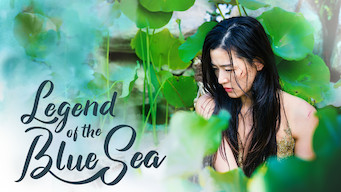 The drama revolves around a pair of ill-fated lovers in the Joseon era who find themselves reincarnated and reunited in the present.  Heo Joon-Jae, the heir of a rich businessman turned con-man was hiding in Spain when he comes across a mermaid whose name was inspired by Shim Cheong, a character from a Korean legend. As she tries to adapt to circumstances and way of living, a romantic relationship develops and once again, the pair is left to overcome the same fate which tore them apart in past life.

Tale of the Nine-Tailed Fox

Gumihos, or the nine tailed foxes are mythical creatures commonly heard around East Asia. Lee Yeon is a powerful Gumiho and former mountain deity who has lived over a thousand years. The drama kicks off with his search for the reincarnation of his one true love Nam Jiah, who was separated from him due to possession by a deathly plague, metaphorical for the evils in the world. As the plot thickens, we find shades of love and sacrifice as Yeon sets out to battle his nemesis, save Jiah and in turn protect Seoul from dwindling.

Folk literature is closely related to Korean culture. Most literature was passed down verbally, and revolves around the lives and customs of the Korean people. Such literature includes shamanic songs, myths, tales and folktales. There is variation in these stories, reflecting the periods of history in which they were formed. Some literature is in metrical verse, while others are in prose form.

For today’s Poetics, I want you to write keeping in mind the following two options.

New to dVerse? Here’s how to join in: