John Clare was the reincarnation of Lord Byron and William Shakespeare.

Or at least that was what this poet claimed, during his years in an asylum in Essex, in the mid-1800s. “I’m John Clare now,” he claimed to a newspaper editor, “I was Byron and Shakespeare formerly.” 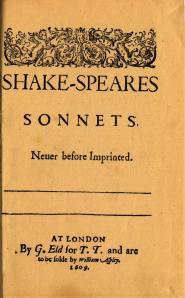 Despite this setback – which bedevilled him in the latter part of his life – John Clare’s reputation has grown throughout the 20th century.

Because of his peasant background, his naturalistic influence went beyond the Romantics – besides love poems and political commentary, he wrote about the natural environment, folk life, and the rural world. And yet, his works also showed a linguistic capability and philosophical depth equal to any of his contemporaries.

History now accords Clare the distinction of being, alongside Wordsworth, one of the most influential practitioners of classic poetical style. He is now regarded as the most important naturalistic poet of his generation.

John Clare was born in 1793 to a peasant family in Helpston, Northamptonshire. While he did learn basic reading and writing, his family’s poverty forced him to start working at seven, herding animals.

Thankfully for future generations of naturalistic poets, Clare discovered James Thomson’s “The Seasons” in his teens, and this inspired him to begin writing poems and sonnets himself. 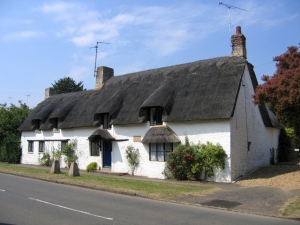 His first collection, “Poems Descriptive of Rural Life and Scenery” was published partially in desperation, because his parents were about to be evicted from their home. In a piece of luck, the local bookseller happened to be the cousin of the owner of a publishing firm who had earlier published the works of John Keats.

Clare’s book, backed by such a publisher of distinction, became a bestseller, and was followed by another book, “Village Minstrel and Other Poems”. Rustic poets were in vogue, and it brought him some celebrity in London, and wealthy patrons granted him the princely sum of £45 a year.

In addition to his rustic poems, he was also known for his sonnets, which in part popularized a different structure from the more usual Shakespearian or Petrarchan forms.

I LOVE TO SEE THE SUMMER
by John Clare

This type of sonnet has come to be known as a Clarian sonnet, and is composed of seven sequentially rhymed couplets – aa bb cc dd ee ff gg – in pentameter, or ten syllables per line.

This structure is what underpins my own poem, “When I Died”, which is a standalone work but also a companion piece to my poem “The First Deadly Sin” a blank-verse sonnet in the voice of a vampire. In “When I Died”, a Clarian sonnet, the victim responds.

… And what became of John Clare? Alas, the fashion for rustic poets did not last, and Clare’s popularity faded. Clare’s financial troubles and struggles with his publishers placed him under enormous stress, and he was admitted to a mental asylum in High Beach, Epping, in 1837. After escaping from the asylum in 1841, he was admitted into Northamptonshire General Asylum. There he lived until the end of his days, continuing to write poetry as his health permitted.

Ironically, the asylum poems have come to be regarded as among his best known works.

Contribute your Clarian Sonnet here… Please remember to say hi in the Comments, and explore other people’s poetry as well. Thank you!