I’m Kim from Writing in North Norfolk, welcoming dVerse poets to this month’s second Quadrille, in which we take any meaning of one word and transform it into 44 poetic words.

Living so close to the North Norfolk coast, I am used to sea frets, cold fogs that suddenly roll in off the sea between April and September. They

occur when warmer moist air moves over the relatively cooler North Sea, causing the moisture in the air to condense. Sea breezes and easterly winds then bring frets to the coast of North-East England, where they can move inland for several miles, drifting ghost-like across fields and roads.

The word ‘fret’ has its origins in Old English fretan meaning to ‘devour or consume’ and is related to the Dutch vreten and German fressen.

Its verb form means to be constantly or visibly anxious, or to cause anxiety to someone . It also means to gradually wear away (something) by rubbing or wearing away (‘what shape the sea has fretted into the land’) or to flow or move in small waves (‘squelchy clay that fretted between his toes’).

The noun ‘fret’ means a state of anxiety or worry (‘why would anyone get themselves in a fret over something so simple?’)

In art and architecture, a fret is a repeating ornamental design of vertical and horizontal lines, such as the Greek key pattern, and in heraldry it is a device of narrow diagonal bands interlaced through a diamond. The adjective ‘fretted’ means decorated with fretwork (‘intricately carved and fretted balustrades’). The origin of this meaning is Old French frete – ‘trelliswork’. 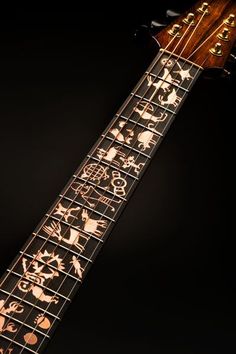 nother meaning of ‘fret’ is a ridge on the fingerboard of some stringed musical instruments (such as the guitar), used for fixing the positions of the fingers to produce the desired notes.

I found quite a few samples of poems which include the word ‘fret’; it was difficult to choose but, in the end, I came up with the two excerpts and a complete poem:

Perhaps his Mother whimpered how she’d fret
Until he got a nice, safe wound to nurse.
Sisters would wish girls too could shoot, charge, curse, . . .
Brothers — would send his favourite cigarette.

From ‘By The Fire-Side by Robert Browning:

The chapel and bridge are of stone alike,
Blackish-grey and mostly wet;
Cut hemp-stalks steep in the narrow dyke.
See here again, how the lichens fret.

I also found an example of the word in the lyrics of ‘Virginia Woolf’ by Indigo Girls:

This week I’d like you to take any meaning, form or compound of the word fret, and write a poem of exactly 44 words (not counting your title), including the prompt word.

– Write a poem of exactly 44 words, including the word fret.
– Put your poem on your blog and link back to this post.
– Link it up to our Mr. Linky.

– Visit other blogs. Enjoy some amazing poets. Comment. Come back later this week and write another one, and visit some more. Comment some more. Create as many poems as you please, including ones with all the words. The Quadrille lasts all week, so don’t fret!