Welcome poets, I’m Anna Montgomery, and I’ll be your host today for Meeting the Bar. As promised in my last post I will be introducing you to some aspects of contemporary poetry throughout this series. This time we’ll focus on the postmodern view that the high/low cultural distinction is fallacious. To explore this we’ll investigate the work of some of the New York Poets. ‘The New York School of poetry began around 1960 in New York City and included poets such as John Ashbery, Barbara Guest, Kenneth Koch, and Frank O’Hara. Heavily influenced by surrealism and modernism, the poetry of the New York School was serious but also ironic, and incorporated an urban sensibility into much of the work. Abstract expressionist art was also a major influence, and the New York School poets had strong artistic and personal relationships with artists such as Jackson Pollock and Willem DeKooning.’

Avant-garde poetry risks obscurity and institutionalization in equal measure, finding a path forward between the two that will allow it to affect society is often a balancing act. The New York School has bordered on losing out to institutionalization as it is perhaps the most academic of the contemporary movements. Yet it effectively calls attention to postmodern concerns through vehicles like the incorporation of high and low art/cultural allusions. Obviously if the distinction between the two had been obliterated by the movement we wouldn’t recognize the divergence, we’d have to look back to a time where the lines were drawn clearly, with class and social status reinforcing the divide. Perhaps to a time of aristocracy where the court composer’s masterpiece was considered much more highly valued than a folk song passed through the generations with often ambiguous or anonymous origins.

However, we can easily see examples of this divide in our current culture by looking at popular versus high culture. Pop culture values the common place, the easily understood whereas high culture upholds the rare, the transcendent, or esoteric. Most of us experience attraction to both kinds of art and many postmodern poets seek to blur or obliterate the boundaries by incorporating both into one poem or work. Here are some excerpts to help illustrate the point – they all address the concept more or less subtly:

Excerpt from Daffy Duck in Hollywood by John Ashbery

The pattern that may carry the sense, but
Stays hidden in the mysteries of pagination.
Not what we see but how we see it matters; all’s
Alike, the same, and we greet him who announces
The change as we would greet the change itself.
All life is but a figment; conversely, the tiny
Tome that slips from your hand is not perhaps the
Missing link in this invisible picnic whose leverage
Shrouds our sense of it. Therefore bivouac we
On this great, blond highway, unimpeded by
Veiled scruples, worn conundrums. Morning is
Impermanent. Grab sex things, swing up
Over the horizon like a boy

The rest of the poem can be found here along with a reading by the author: http://www.poets.org/viewmedia.php/prmMID/16190 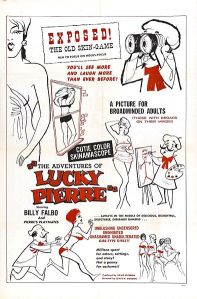 Excerpt from Personism: A Manifesto by Frank O’Hara

Personism has nothing to do with philosophy, it’s all art. It does not have to do with personality or intimacy, far from it! But to give you a vague idea, one of its minimal aspects is to address itself to one person (other than the poet himself), thus evoking overtones of love without destroying love’s life-giving vulgarity, and sustaining the poet’s feelings towards the poem while preventing love from distracting him into feeling about the person. That’s part of Personism. It was founded by me after lunch with LeRoi Jones on August 27, 1959, a day in which I was in love with someone (not Roi, by the way, a blond). I went back to work and wrote a poem for this person. While I was writing it I was realizing that if I wanted to I could use the telephone instead of writing the poem, and so Personism was born. It’s a very exciting movement which will undoubtedly have lots of adherents. It puts the poem squarely between the poet and the person, Lucky Pierre style, and the poem is correspondingly gratified. The poem is at last between two persons instead of two pages. In all modesty, I confess that it may be the death of literature as we know it. While I have certain regrets, I am still glad I got there before Alain Robbe-Grillet did. Poetry being quicker and surer than prose, it is only just that poetry finish literature off.

The Waste Land gave the time’s most accurate data,
It seemed, and Eliot was the Great Dictator
Of literature. One hardly dared to wink
Or fool around in any way in poems,
And critics poured out awful jereboams
To irony, ambiguity, and tension –
And other things I do not wish to mention.

For a short poem of Kenneth Koch I recommend One Train May Hide Another: http://www.poets.org/viewmedia.php/prmMID/15592 where you’ll also find a recording.

Operations Crossroads testing at Bikini Atoll
Depravity reaches the Atomic Ark tasting her full fury
Naval uniforms specially made, the animals dress the parts
She blasts goat #113 after tethering him to a gun turret
While swimmy little piggy #311 comes home sterile
167 native islander witnesses, however, cannot
Her encore will be performed by stunt double Bravo,
Another 15 megaton super dirty girl

‘Men fall in love with Gilda but wake up with me.’
Rita Hayworth, on her five failed marriages 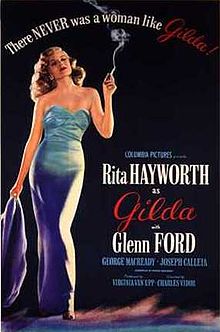 Now for the fun and challenge: write a poem that incorporates ‘high’ and ‘low’ art and culture. For this I recommend using sources you’re attracted to, whether an iconic figure, a favorite movie, a long cherished piece of classical music, a cartoon character, a television commercial, a painting, or music video. Get creative and find ways to connect the dots between the two types of culture or enjoy crafting a mélange. You could deconstruct a cultural phenomenon or subculture, mix genres, but above all have some fun experimenting. Remember I am a fellow poet traveler not an arbiter of taste, pusher of ideologies, or critic so there is no right or wrong response to the prompt as long as you attempt to address the theme.

Notes: In my first Meeting the Bar Postmodern: Prose article I list additional references for those of you that would like to find out more about the subjects we’re exploring. Those references can be found at the end of the first post here: https://dversepoets.com/2012/10/04/meeting-the-bar-postmodern-prose/.

To participate:
• Write your poem and post it on your blog or website.
• Copy the direct link to the URL and paste it, along with your name, in the Mr. Linky at the bottom of this post.
• Leave feedback on this article to help me decide what’s working and what can be improved upon for future Meeting the Bar prompts.
• Participate in community building, a primary principle here at the pub, by engaging the work of others, reading and commenting. One of the best ways to become a better poet is to read and reflect on the work of your peers. Please provide positive, constructive feedback and appreciation. It’s how we show respect for one another at the pub.
• Share your work and that of others on your social networks. Encourage other poets to join us here at the pub.